SMSS Co-Founder and 2016 AFI Air Force Spouse of the Year, Michelle Aikman, was selected to write a chapter in the recently published, Behind the Scenes: The Tales of American Military Spouses Making a Difference a military spouse legacy project.

Meet the spouses from all over the globe and hear their tales of struggle and sacrifice as they ultimately defy the seemingly impossible to chase their own aspirations. Get a glimpse into the American Dream as you may have never seen before: selflessly sacrificing everything for America’s freedom while achieving ambitious dreams.

“After years of being a single voice and setting aside my career ambitions to dedicate my energy to improving this issue for future generations, I am proud to unite with others through the Society of Military Spouses in STEM, a 501(c)3 member-run nonprofit organization,” says Aikman. She emphasizes that the leadership team from all across the globe is working tirelessly in laying the groundwork to advocate for military spouses in STEM.

The book can be purchased through Amazon, and 100% of Michelle’s proceeds will go to SMSS.

View Membership Flyer Step 1. Complete the membership application below. The application takes 5 - 10 minutes to complete. Step 2. Pay your membership fees. Once payment is made, the eligibility verification process starts and usually takes 1 - 2 weeks. Step 3. Enjoy your membership benefits! After your eligibility is verified, your application will be approved and you will be notified by email to log onto the SMSS member portal. We … END_OF_DOCUMENT_TOKEN_TO_BE_REPLACED 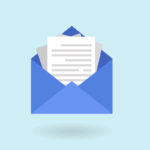 Military spouses are the backbone of military families across our country. They can also be talented, brilliant, driven, loyal, and curious individuals who are excellent students and extraordinary professionals interested and committed to pursuing STEM … END_OF_DOCUMENT_TOKEN_TO_BE_REPLACED